Orange County’s own, Tandem Unicycle, has been a staple in the local music scene for about 4 years now. Nearly constant gigging has allowed the band to play at the tops of mountains, underground rock clubs and everywhere in between. Wherever they travel, Tandem brings an infectious musical vibe that invites everyone to abandon their square lifestyle for one night of fun, musical debauchery.

Their eclectic blend of rock n’ roll, funk, psychedelic, and folk has garnered them a reputation for making extremely catchy hooks in intense rock songs. In 2019, Tandem honed this songwriting technique and released some of their most inspired and successful singles to date, including songs like “Keep on Pushing Through” and “Another Day”.

2020 was a devastating year for live music. But Tandem has not let this prevent them from fulfilling their purpose. You can still expect singles dropping every few months from the band, “Move Slow” being the latest. And even the occasional socially distanced gig will come up.

Stay tuned for even more new music, videos and shows from Tandem in 2021! 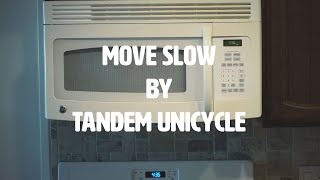 Get Ready for More Tandem!